Yerba mate, an herb from the gods into a drink in your hand

Yerba mate is native to parts of South America and has been historically linked to the Indigenous people of that continent. Often referred to as an herb “from the gods,” it was associated with warrior and nomadic lifestyles due to acting as a natural stimulant.

Traditionally, the stems and leaves of the plant were crushed in a gourd, which was then filled with hot water to produce tea. Sugar is not customarily included in the drink but may be added for taste. The caffeine content of a cup of yerba mate tea is around 70 mg, which may be enough to give you an energy boost without the jitters sometimes associated with coffee or other high-caffeine beverages. It is also rich in antioxidants and may even protect against stomach infections.

Nowadays, yerba mate has moved beyond tea and can be found as an ingredient in energy drinks and other products.

As consumers pay more attention to what they put in their bodies, beverage manufacturers have taken note. Recently here in the U.S., leading Pacific Northwest cider producer Schilling Cider announced that it would be incorporating a yerba mate drink in its product line, aimed to compete with other caffeine-rich beverages. F!VE, a ready-to-drink cocktail company, recently merged with Better Drinks of Brazil to introduce yerba mate beverages to U.S. consumers, hoping to capture a share of what is seen as a high growth category in the beverage market.

In 2021, the global yerba mate market was valued at $114.75 million and is expected to grow by almost 5 percent from 2021 to 2027. Also, ready-to-drink tea products accounted for about 64 percent of total revenue in the ready-to-drink coffee and tea market in 2021, and the market as a whole is expected to reach $167.88 billion by 2030. Top exporters of yerba mate are Argentina and Brazil, with the main destinations of the exports in 2019 being Syria, Lebanon, U.S., and Spain. As consumers search for healthful products, we will likely continue to see new yerba mate products in grocery aisles as companies follow this trend in consumer taste. 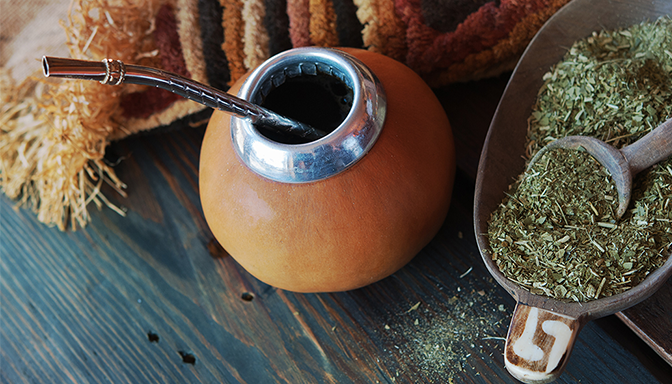