A series of winter storms across the country brought a record-shattering blizzard for New England states and travel headaches across the Midwest with thousands of cancelled flights. As areas of low pressure collided with a cold arctic mass across the U.S. in January, much of the country has seen heavy snow, icing, and other winter weather conditions. From Long Island and New York up to Boston and into coastal New England, much of the region received one to two feet of snow in late January. The trend continued in February with a massive marathon storm bringing heavy snowfall from Dallas all way up to Buffalo, impacting 36 states.

Storms have complicated logistics, closing roads and airports and paralyzing the region. From the third week of January, prices for natural gas on NYMEX have climbed from $3.75 per mmBTU to a peak of $5.50 per mmBTU—nearly a 50 percent increase—before subsiding to just below $5.00 mmBTU. Export demand of LNG to both Asia and Europe has been high, and storage has fallen sharply below both the five-year average and last year’s level.

Adding to higher demand typical with colder temperatures and weather markets is the political backdrop, raising concerns over crude oil, heating oil, and natural gas. Additional troops and equipment are moving into the Ukrainian region as talks between Russia and NATO appear to be stalled. February began with a meeting of OPEC+ members deciding to stay the course and leave output unchanged through March. The organization had previously opted to lift output by a moderate 400,000 barrels per day (bpd) in February—leaving it unchanged in March despite pleas the likes of U.S. and India for a further hike in response to higher prices and recovering economies.

Crude oil is testing the key $90 per barrel threshold, a level not held in a decade. Spot natural gas prices surged 16 percent ahead of Winter Storm Landon as an estimated 100 million Americans from the Deep South to the Northeast faced heavy snow and freezing conditions. Prices fell 12 percent the following day, showing the spot market’s vulnerability to price shocks. Continued volatility in the energy market seems likely through the end of winter, which may last six more weeks if Punxsutawney Phil is correct. 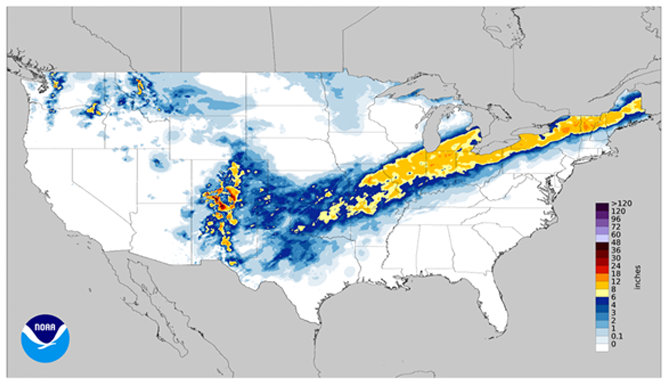