Will the natural gas bear emerge from hibernation?

March came in like a lamb, with warmer than normal temperatures finally breaking the arctic air mass that caused so much trouble in January and February from the Midwest all way to the Gulf Coast.

The ERCOT (Electric Reliability Council of Texas) crisis caused by nearly a week of subfreezing temperatures and significant snow accumulation across parts of the Deep South saw halted oil and gas platform activity and a precipitous drop in inventories of energy distillate products during February.

Forecasts now point to warming spring temperatures and a restarting of operations this month. EIA reported that U.S. commercial crude oil inventories rose by 13.8 million barrels in the most recent week, standing just under 0.5 billion, 6 percent above the five-year average.

Meanwhile, natural gas stocks dropped by a modest 52 bcf and appear to be pulling out of their nosedive ahead of the seasonal turn in coming weeks. Though gas stocks are down 7.3 percent from the five-year average and down 12.5 percent YOY, a climbing rig count and spring weather should see inventories begin to build again shortly. 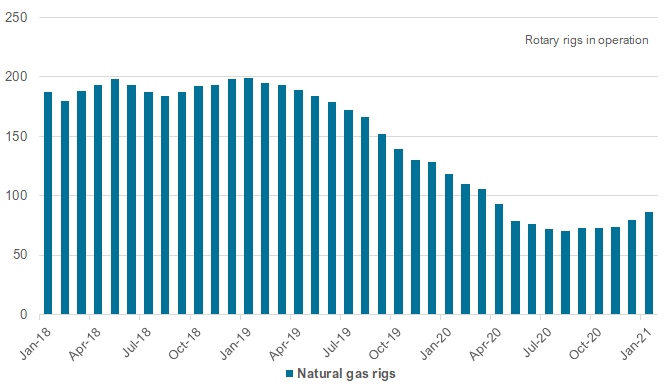