Early corn yields in southern Brazil remain below expectations due the ongoing drought. Around 6 percent of the first corn crop has been harvested, and less than 1 percent of sanfrinha corn has been planted.

Brazil’s 2021/22 soybean is just over 1 percent harvested, up slightly YOY. In Mato Grosso, both early corn and soybean harvests have been slowed by overly saturated fields.

Looking at Argentina, 2021/22 corn was about 86 percent planted, down 5 percent from last year, with some 2.5 million acres (1.0 million hectares) left to plant.

Argentina’s soybeans stood at some 93 percent planted, down 5 percent YOY. Soybean planting is almost finished in southern Argentina but is just 50 percent planted in the north. 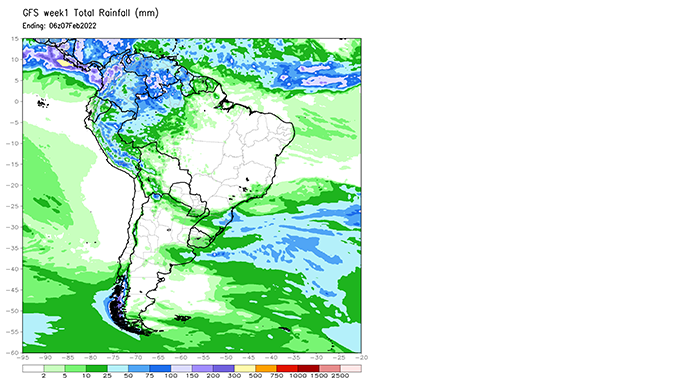