China is just about out of the U.S. soybean market at this point—exports to China were 82,000 MT last week—and will likely take only minimal shipments through June. U.S. exports tend to pick up during July-August, after Brazil moves most of its volume during April-June, but this year late-season export demand may be more iffy due to a rise in outbreaks of African swine fever in China. China claims ASF is being contained, but we know how virulent this disease is, and the widening range of the virus is concerning.

Weekly net sales and shipments for the week ending Mar. 11 were around the low end of average for this time of year. Export sales were offset by 123,200 MT of reductions to orders for unknown destinations. There are still 2.1 MMT (77 million bushels) of outstanding sales to unknown destinations on the books. 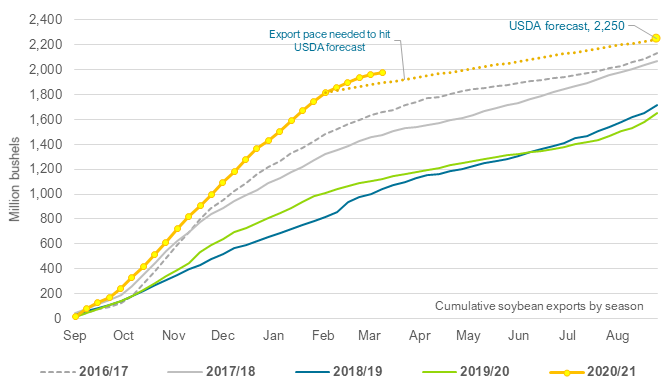