Soybean exports during the week ending Nov. 4 easily surpassed the previous high set last year. Over 2.3 MMT, or 63 percent, of the week’s shipments were destined for China—the fifth consecutive week of higher volumes sent there. China is not adding greatly to new orders, however: Their weekly net purchases were 939,000 MT thanks to 583,000 MT previously allocated to unknown destinations being shifted to their balance sheet.

Also during the week, 847,400 MT of sales to unknown buyers were cancelled, likely a sign of China adjusting their hedge as Brazil’s soybean crop planting moves along. As of Nov. 4, there were 5.87 MMT of outstanding sales to unknown destinations, a high figure but much lower than such sales a year ago. 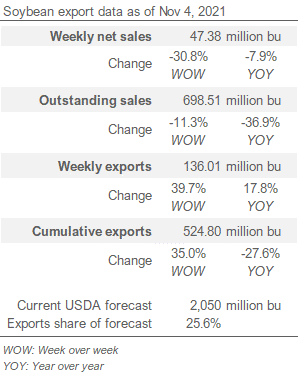 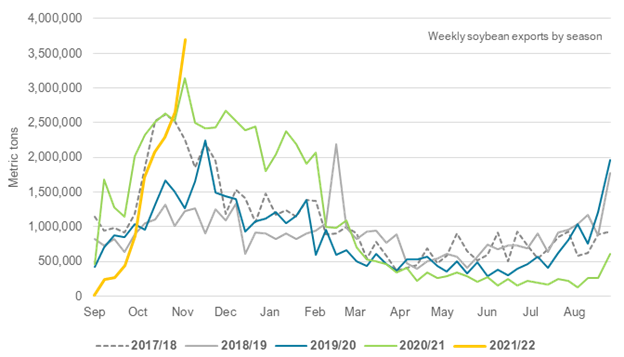