In the November WASDE, estimated 2021/22 U.S. corn yield was raised 0.5 bushels per acre (bpa) to 177.0 bpa, which would be the highest yield on record. With this improved yield, estimated new-crop production rose to 15.062 billion bushels, up 43 million bushels from the October forecast and a dozen bushels above industry expectations. 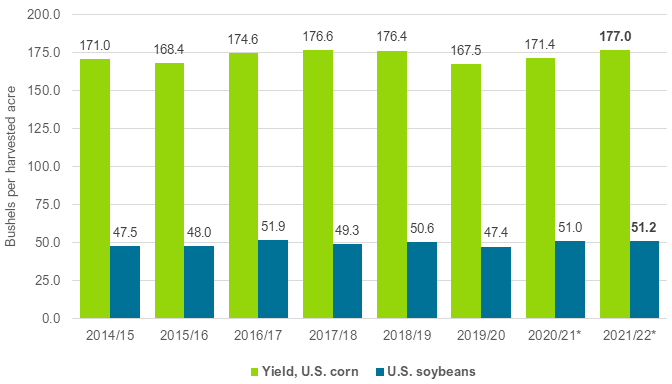