In the January WASDE, USDA increased its 2021/22 U.S. corn production estimated to 15.115 billion bushels, up 53 million bushels from the December estimate.

The larger soybean crop can be attributed to improved yield, which rose 0.2 bushels per acre (bpa) to 51.4 bpa. 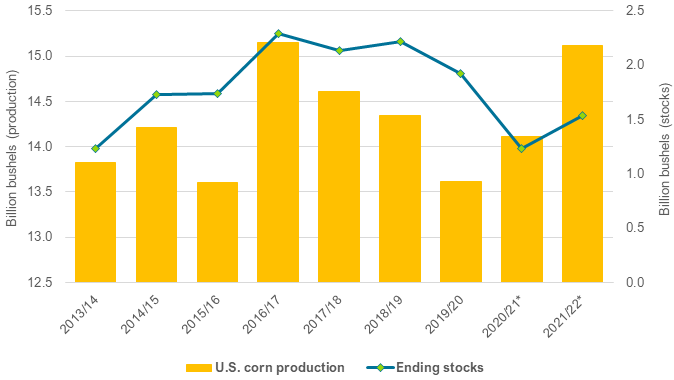