In the October WASDE, 2021/22 U.S. corn beginning stocks are estimated at 1.236 billion bushels, up 49 million bushels from September. Estimated 2021/22 corn yield is 176.5 bushels per acre (bpa), up 0.2 bpa from the previous estimate and above industry expectations. With improved yields, forecast production rose 23 million bushels to 15.019 billion bushels, which would be the second-largest crop on record.

Higher carry-in and production, along with lower domestic demand, raised 2021/22 ending stocks by an additional 92 million bushels to 1.500 billion bushels, well above the trade’s expectations for today’s report. 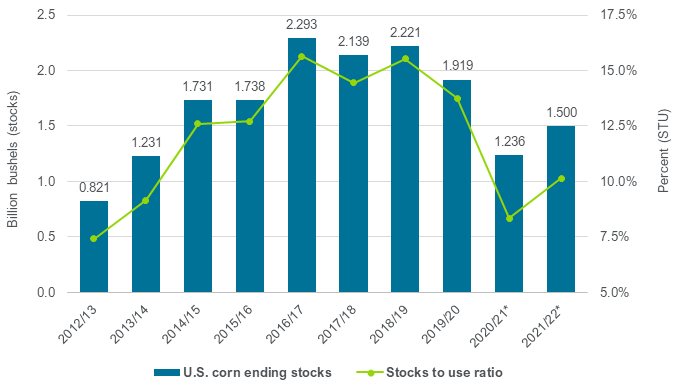