Thursday’s WASDE put U.S. 2020/21 soybean oil exports at 1.7 billion pounds, down 75 million pounds from the July estimate. But with sales and exports dropping to a near-standstill during the week of Aug. 5, USDA’s revised forecast already looks optimistic.

Outstanding sales as of Aug. 5 were the lowest they’ve been at this time of year since August 2001, and shipments during the week were a marketing-year low.

With less than two full months to go in the marketing year, total export commitments are around 94 percent of USDA’s adjusted projection, compared to a share of over 100 percent more usual for this time of year. (When calculating the share of soybean oil commitments against total exports, we factor in that the total season export figure reported by FAS is usually notably lower than USDA’s export estimate in WASDE.)

It’s possible we’ll see stronger late-season demand, but it feels more likely at this point that we’ll see another reduction to the soybean oil export forecast in the September WASDE. 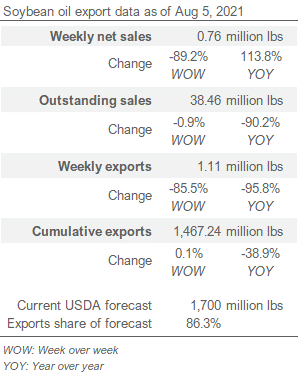 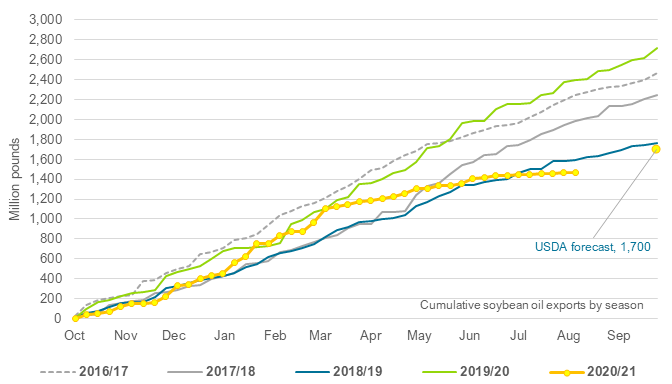