Planting of the spring wheat crop is just getting underway: 3 percent was planted as of Sunday, as expected. Washington state is ahead of average pace at 27 percent vs. 17 percent for the five-year average, but other top spring wheat producers are a bit behind average in planting. 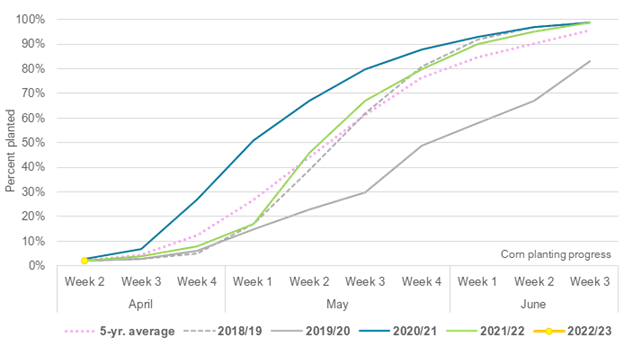 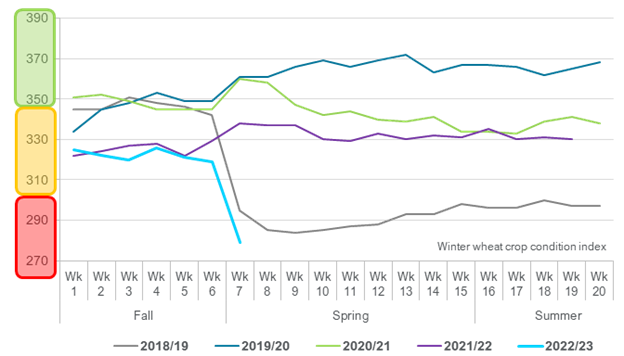