From April through January, Brazil’s center-south sugarcane crush totaled 597.6 MMT, up 3 percent YOY. Thanks to a sugar share of 46 percent, up from 34 percent a year ago, sugar production reached 38.20 MMT, up 44 percent YOY.

With the ethanol share lower, total production is down nearly 9 percent YOY at 29.54 billion liters. Production of anhydrous and hydrous ethanol is down 2 percent and 11 percent, respectively. 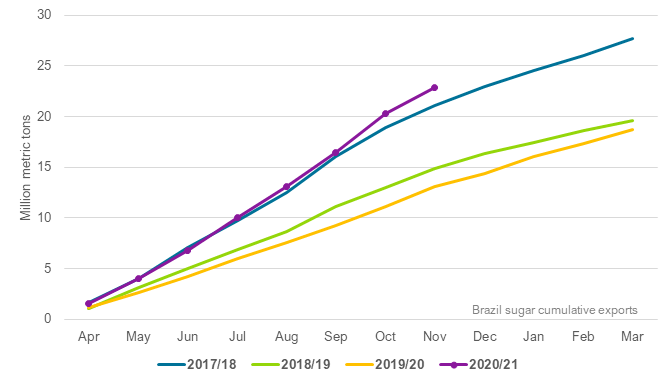