Following production and shipment exports stemming from the COVID-19 pandemic, some countries adopted restrictions or additional duties on exports of some food commodities. In 2022, poor weather and crops and the fallout of the Russian invasion of Ukraine have now prompted additional export bans, some from significant origins. Per FAO, world food prices were up 30 percent YOY in April, with vegetable oils prices alone up 46 percent YOY.

Per IFPRI, restrictions are now affecting some 17 percent of world food export, which also estimates that Russia and Ukraine account for 12 percent of all calories traded. Poor crops in some countries—such as a six-year low for sugar—will add to world export demand, as well.

Edible oils are an unfortunate example. Thanks to a poor Canadian canola crop and the disruption of sunflower oil exports from Ukraine, edible oil markets have seen some of the most dramatic price inflation over the past year. Indonesia, a major palm origin, has further agitated the market with multiple flip-flops on export policy and finally landed on allowing exports above a planned 10 MMT domestic reserve—full details to follow.

Elevated crude oil, natural gas, pesticide, and fertilizer prices and even some fertilizer export bans are also complicating the food security picture. In March, Russia banned exports of fertilizers to most of the world. Unsurprisingly, Ukraine has also banned fertilizer exports.

Export bans, licenses, quotas, and additional duties are unpopular with farmers, naturally, but governments feel they must contend with the broader political cost of food inflation and the general cost of living—despite the pleas of trade experts, organizations like the UN, and NGOs working in food security. 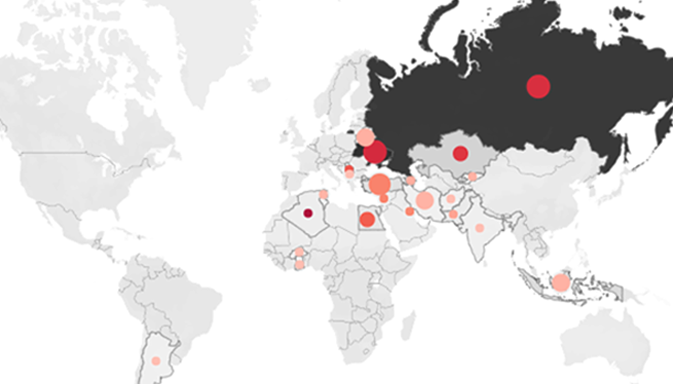