The 2021 water year was the second driest on record, and the state of California had been hoping for a wet winter. Rains and snows from January through March, however, were the lowest on record. As of Apr. 1, the state’s snowpack was just 38 percent of average. Per current estimates, the entirety of California is now under drought conditions, with nearly 99.9 percent of the state currently reported as suffering from moderate to extreme drought. Every county in California is under a drought emergency proclamation. 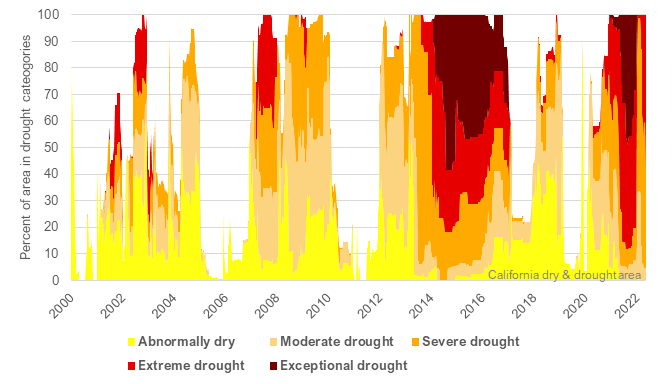 Data on reservoirs is mixed. All 12 major water reservoirs operated by the state are at least 25 percent full. That said, only two reservoirs are above their historical average, and the largest reservoirs range from around 50 to 70 percent of that average. 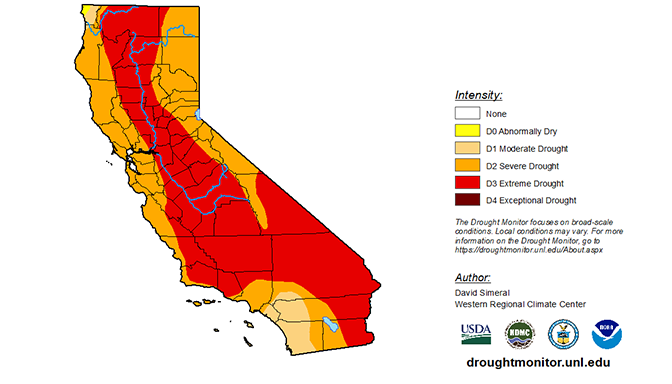