As the 2021/22 marketing year wraps up for wheat, the U.S. has not seen an increase in export sales, leading USDA to trim the season projection by 15 million bushels in today’s WASDE report. Now estimated at 785 million bushels, 2021/22 wheat exports are down 90 million bushels from USDA’s projection last October, after six months of modest adjustments. A 10 million bushel reduction to feed and residual added to the lower use for exports, raising 2021/22 ending stocks to 678 million bushels.

Ahead of the report, the industry had expected USDA to change very little in the U.S. balance sheet, perhaps anticipating that the war in Ukraine could still move some global wheat demand to the U.S. market in the very near term. While we are not seeing that demand appear for the old crop, sales of 2022/23 wheat are very strong and well above late March levels during the past two seasons.

USDA lowered global 2021/22 wheat ending stocks by almost 3.1 MMT from the March estimate, due to a 3.8 MMT increase in domestic use driven by India. If realized, 2021/22 ending stocks of 278.4 MMT would be a five-year low despite record world production of 778.8 MMT this season.

India is forecast to consume 107.9 MMT of wheat this season, up from 102.2 MMT in 2020/21—which itself represented a notable jump from the previous ten-year average of 90.6 MMT. Harvested acreage in India has increased about 7 percent over the last ten years while yield has improved about 18 percent. India’s wheat production is largely consumed within its borders, but exports are projected to be around 8.5 MMT this season, up from 2.5 MMT last year and 500,000 MT in 2019/20.

Altogether, today’s changes to U.S. and world wheat are modest, if a bit more than the market expected. Chicago May-22 wheat futures had dipped to around $10.20 before the report and are currently trading up at around $10.46. Nearby Minneapolis futures and Kansas City futures are also trading slightly higher today around $11.20 and $11.00, respectively. 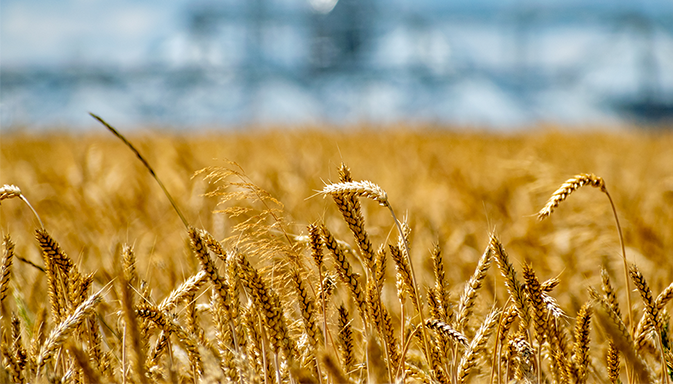