As of May. 2, U.S. corn planting for 2021/22 was at 46 percent nationwide, up 29 points from the week prior and 10 points above the five-year average. Nine of the 12 Midwestern states were above their five-year planting averages, the exceptions being Kansas, Nebraska, and Missouri.

Planting is expected to advance between rounds of regular rain in the southern, central, and eastern Grain Belt into mid-May. Parts of the western, northwestern, and northcentral Belt will see less rain and net drying into mid-May, and increased rainfall will be needed by late May to prevent significant crop stress. 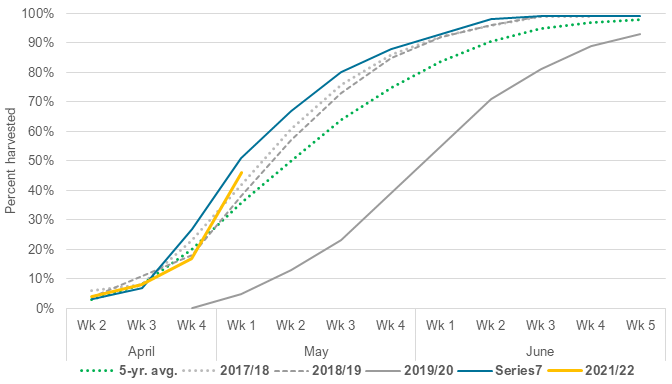