ERS estimates inflation for selected food price indexes in the U.S. was 1.0 percent in April vs. March, with inflation for food at home at 1.3 percent that month.

Eggs saw double-digit inflation, up 10.3 percent from March and up 22.6 percent YOY. Dairy pricing was up 2.4 percent MOM and 9.1 percent YOY.

For the calendar year to date, average pricing has appreciated most for eggs, fats and oils, meats, and cereal and bakery.

Other notes on inflation: 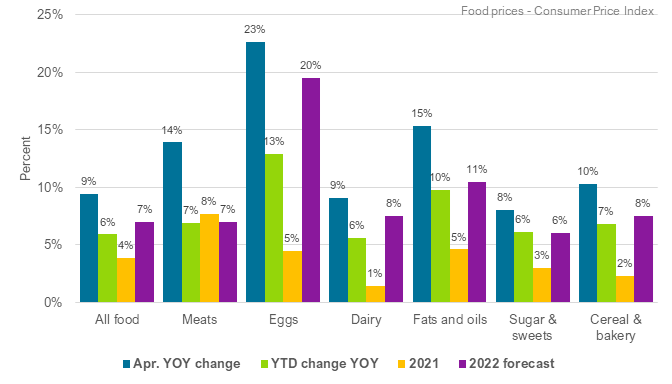