This past week’s CFTC report showed that funds had liquidated half of their remaining futures this past week, taking net positions to their lowest in nearly nine months. Abundant rains are improving the prospects for the upcoming West African main crops, and lower than forecast GEPEX West African grind results helped drive the selling. Use of cocoa beans in Ivory Coast was reported down some 22 percent YOY, attributed in part to rolling power outages that interrupted processing.

This coming week will see release of grinds for other major reporting regions, showing whether GEPEX numbers were an anomaly or part of a broader trend. Numbers across the globe are expected to show marked growth in demand for cocoa. As a result, we largely saw commercial buying into weakness in the market over the past two weeks. 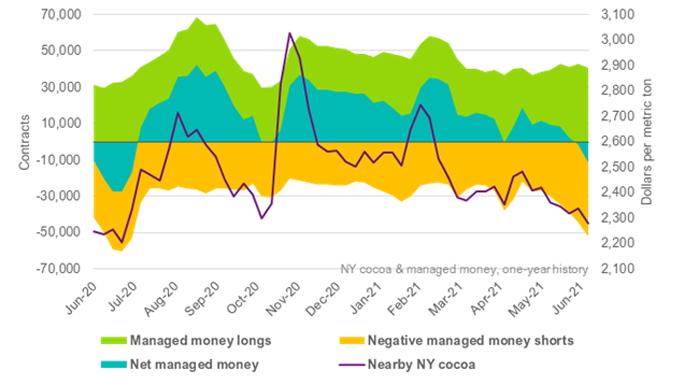