A lackluster WASDE and higher production in Brazil helped to pressure soybean futures last week. May-21 soybeans lost about $0.20 per bushel over the course of the week as Brazil revised its production estimate higher: Its crop could be large enough to cover losses in Argentina.

Last week’s WASDE ended up being a nonevent as anticipated reductions to soybean ending stocks (domestically and globally) did not materialize. CONAB released its initial 2021/22 soybean production estimate, putting Brazil’s crop at 138 MMT. It also raised its 2020/21 soybean production projection to a bit above 135.1 MMT, up 1.3 MMT from the February estimate and 10.3 MMT from 2019/20.

Meanwhile, the Rosario Grain Exchange projected 2020/21 Argentine soybean production estimate at 45 MMT, down 3.8 MMT from 2019/20. This may be an indication of yields seen in early harvested soybeans, as well as expectations for the late-season crop considering what has again developed into a dry scenario for Argentina in the last few weeks. USDA put total production between the two countries at 181.5 MMT. 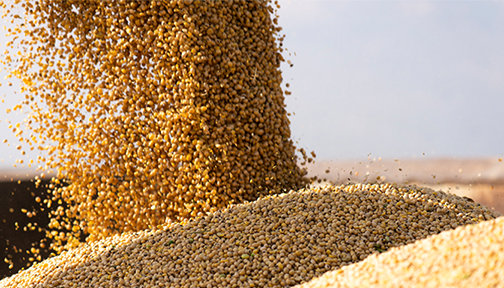