After reaching new highs at 57.47 cents per pound last Wednesday, trading the daily limit up, soybean oil crashed and ended the week on back-to-back limit-down days.

The nearby May-21 contract closed at 52.48 cents per pound, the lowest since Mar. 4. Concerns over extended European COVID-19 lockdowns, speculative positioning ahead of this week’s acreage report, and turbulent energy markets are the major factors influencing the soy complex currently.

Biofuel demand and production remain at all-time highs, and announcements surfaced last week that energy companies plan to expand biofuel capacity by 200 to 500 percent by 2030. The news highlighted soybean oil as the major biofuel feedstock. With a pro-green energy administration now in the White House, this incremental demand may impact the soybean balance sheet for many years.

Energy markets were up and down last week as news broke of the Ever Given vessel stuck in the Suez Canal, a shipping waterway for a significant volume of oil and grains. As many as 370 ships stood idle, waiting on the ship to be dredged out. Initial estimates were that this could take “days,” later amended to “weeks” later in the week. Such a logjam could have made for a major disruption that could rally crude oil towards $70 per barrel and spill over into the veg oil markets. The ship has been refloated as of today, but it may be some time before traffic fully returns to normal. 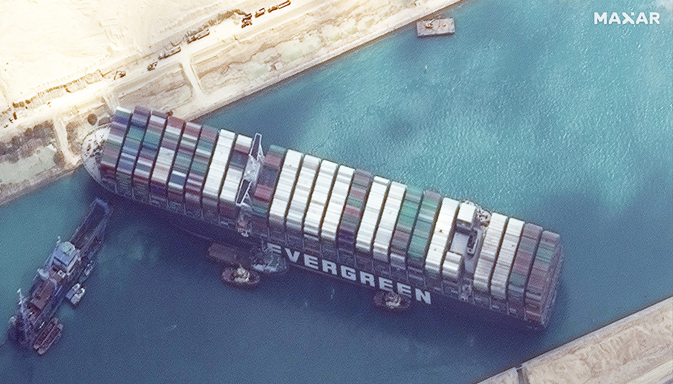