Soybean oil edible use up 9.5% in November

Over 1.17 billion pounds of soybean oil were removed from stocks (a proxy for monthly utilization) in November for use in edible applications. Soybean oil removed for inedible use was up from October but down year over year as yellow grease and distillers corn oil have become more available in the market as biofuel feedstocks.

In October, over 832 million pounds of soybean oil were used to produce biodiesel and renewable diesel, a new monthly record. 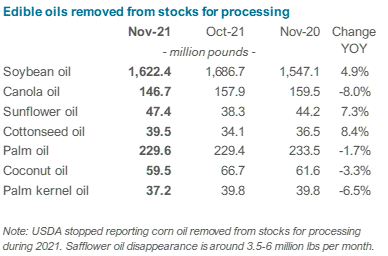 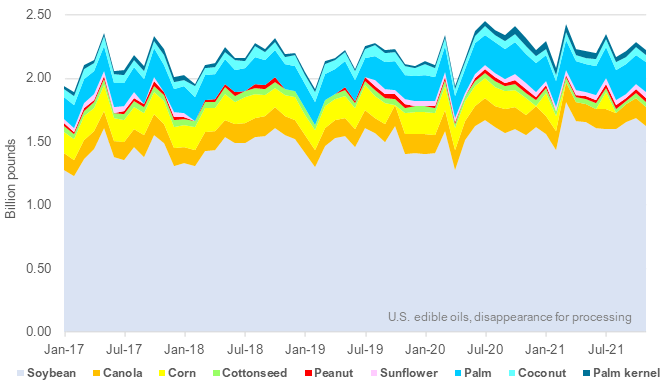