Brazil and Argentina moved good volumes of corn in September, exporting a combined 10.2 MMT vs. 7.0 MT a year ago, thanks to the recovery in Brazil’s supply.

Last month, Brazil shipped almost 6.8 MMT of corn, up 138 percent compared to September 2021 and surpassing the previous record volume for the month set in 2019. Argentina exported more than 3.4 MMT, a very strong showing for September although down 14 percent from last year’s record.

Brazilian and Argentine corn remains the most affordable among the major origins, both below $300 per MT as of the beginning of October. U.S. pricing spiked in September to $340 per MT, likely due to low stocks available for export, forcing basis values to rise. Pricing for Ukrainian corn eased during September, but uncertainty over continued access to the Black Sea trade corridor makes Ukraine’s position in the world corn market tenuous, to say the least. 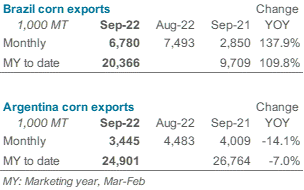 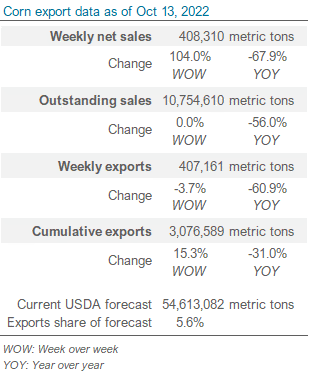 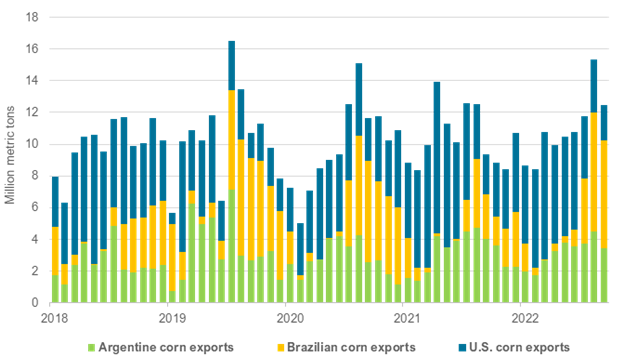