At the start of October, early-season corn planting in Brazil was about a third complete, slightly above the five-year average. Brazil’s soybean crop was some 4 percent planted, a couple of points above the average.

Light to moderate rains and warm to hot temperatures are expected in most of Brazil’s key grain-producing areas through mid-October, which should be mostly favorable for both fieldwork and crop development. Heavy rains in Brazil’s far south may slow fieldwork and lead to some flooding.

Argentina may see expanding dryness in the coming weeks, so timely rains would be ideal for developing corn and corn planting efforts by late October. 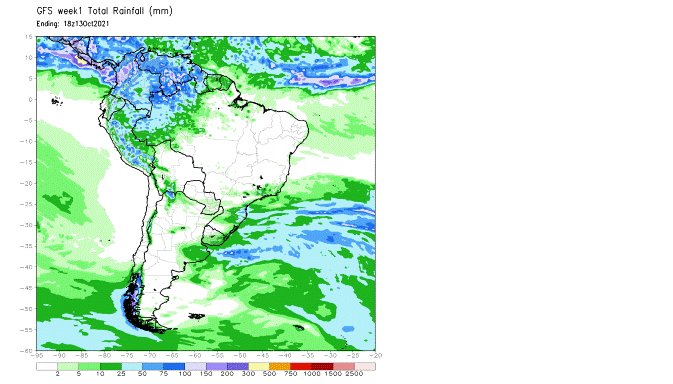