The U.S. imported just 51,647 MT of refined palm oil in July, down 56 percent from June and the lowest monthly volume since October 2010. The sharp slowdown in imports may be a response to the recovery in U.S. refined palm oil stocks as well as the high cost of the month’s delivered loads: The value of imports in July were down just a bit from June’s record, at 77.1 cents per pound vs. 79.0 cents, respectively. (The value of imports is a lagging indicator of market pricing, as prices have eased at origin and at the U.S. Gulf since May.)

Imports of refined canola oil were up slightly from June but down year over year. Refined sunflower and crude safflower oil imports remained higher than average. 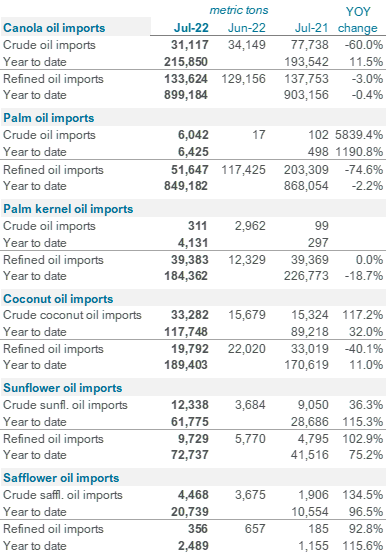 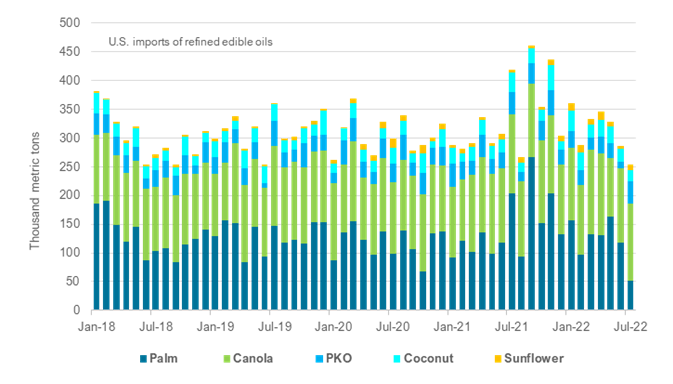 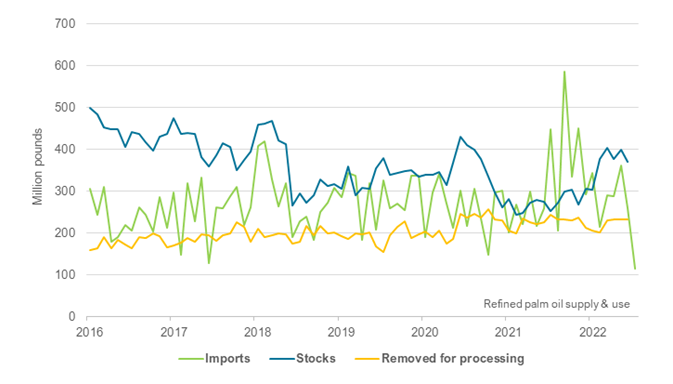