USDA reduced acreage and yield estimates for 2022/23 corn and soybeans. The declines in both crops’ production numbers were partially offset by lower use forecasts, but ending stocks are still expected to drop notably from 2021/22 in a highly competitive market.

For corn, the new production estimate of 13.94 billion bushels is down 3 percent from the August forecast and down 8 percent from 2021/22. USDA trimmed projected corn use for feed to just 5.23 billion bushels, down 5 percent from the marketing year just ended. The last time corn use for feed was that low was before 2016/17, when the cattle industry was still reeling from terrible losses caused by the 2012 drought. While cattle producers are again facing mounting losses due to drought, the number of animals on feed is still well above numbers seen during 2013-2016. USDA expects high corn prices to deter use for feed and animals to go to slaughter at lighter weights. However, it seems that the revised 2022/23 corn stocks forecast of 1.22 billion bushels is optimistic, if exports do indeed hit the current projection of 2.28 billion bushels, because that feed number seems understated.

For soybeans, USDA took production down to 4.38 billion bushels, down 3 percent from August and down 1 percent from last season. It looks like 2022/23 will be another year of net loss for stocks. At this point, USDA projects a slight gain year over year in U.S. soybean crush and still sees enough demand for U.S. beans to keep export demand well over 2.0 billion bushels. With demand so resilient, USDA’s 2022/23 soybean ending stocks estimate of 200 million bushels is not assured, especially if South American production suffers under the influence of another La Niña. 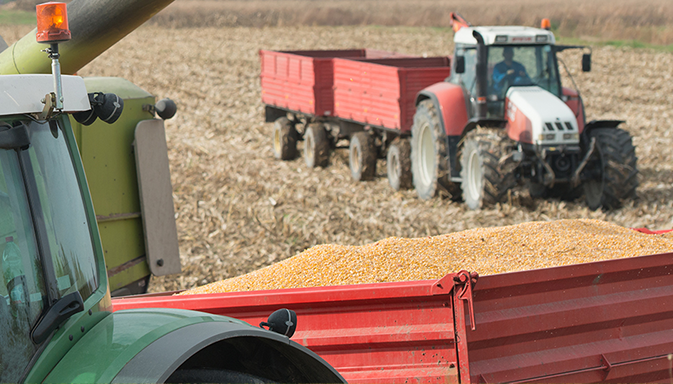