USDA forecast 2021/22 corn used for ethanol at 5.200 billion bushels in October, but some in the industry expect USDA to increase its forecast in the November WASDE amid favorable ethanol production margins. This would further support corn futures, which may carry over to the ethanol market despite implications of greater supply.

Corn use for fuel ethanol by season 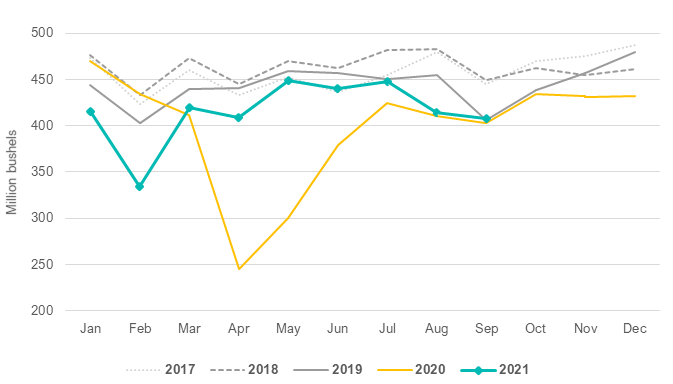