Sale of U.S. crude oil from Strategic Petroleum Reserve draws to a close

Planned selling of oil from the U.S. Strategic Petroleum Reserve (SPR) is ending this month. Releases of about 1 million barrels per day were weighing on the market, depressing prices. The SPR has been drawn down to under 390 million barrels, the lowest level since 1984 and down 39 percent since Biden took office. The administration announced that buying to replenish the SPR would take place near $75 to $76 per barrel, which should provide a basis of support to the market.

If China begins to ease its zero-tolerance COVID-19 policies and allows more constructive reopening, this could boost global demand by an estimated 2.0 to 2.5 million barrels per day.

After G7 talks, European curbs on Russian maritime crude shipments began this past week. Likewise, European members agreed to cap the price of Russian oil at $60 per barrel, intended to limit Russia’s ability to fund its ongoing invasion of Ukraine. Russia has already rejected this move and is threatening to halt any exports to countries supporting the cap. Notably, Russia has already been selling oil below the $60 cap to both China and India.

Lastly, after two months’ delay, Freeport LNG announced that its export terminal would not begin operating until next year, pending final inspections and regulatory approval. A mid-December startup date had been tentatively announced, but delays in meeting regulatory requirements were cited. This delayed startup will obviously impact European efforts to supplement supplies as inventories decline and could mean greater reliance on Russian imports this winter. Exports through Freeport is not expected to resume fully until later in Q1 2023 and this news has caused some nearby weakness in NYMEX prices here in the U.S.

The week of Nov. 28 saw natural gas futures break below $5.50 per mmBTU for the first time since early spring. The pullback now, ahead of winter months, offers a prime opportunity for buyers to act defensively and buy into this weakness to cover remaining needs through March 2023. 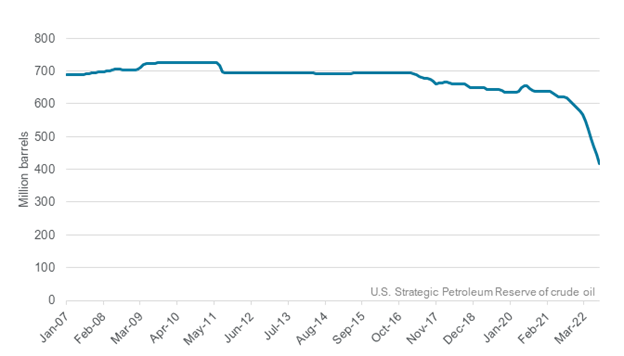