Brazil is expecting less rain through the end of March, which may allow safrinha planting to finish. Upcoming showers in Argentina may proves too late for favorable crop impacts. 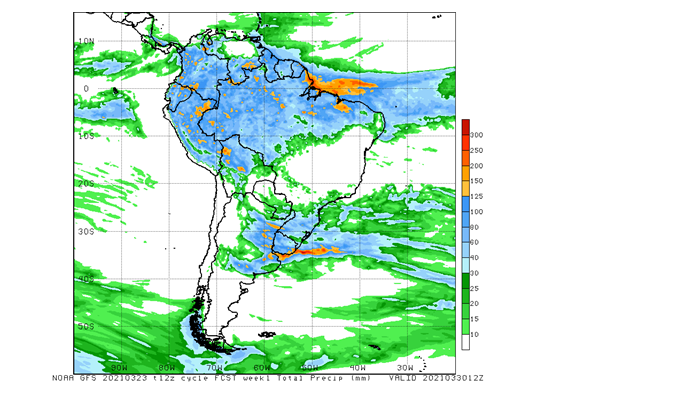