Over a year into Biden’s first term in office, prices for crude oil have more than doubled, moving from $50 per barrel (bbl) to over $100 per bbl, and gasoline prices have followed that same trajectory. With consumers now paying more than $4 per gallon on average and, in some regions much closer to $6 per gallon, the pricing pressure in energy is driving a complete reassessment of the nation’s energy policy. Simply put, inflation realities are challenging President Biden’s political and environmental aspirations.

After initially pledging to halt new leases to drill on federal lands in February 2020, the administration backtracked last week, announcing the opening up of 145,000 acres of public land across nine states to new drilling. This walks back a prior executive order placing a temporary ban on new leases.

Facing plummeting approval ratings and consumers grumbling about the cost of filling up at the pump, the Biden administration wants to be seen acting to combat inflation, even by angering environmental groups. The Interior Department will be raising royalty rates from 12.5 percent to 18.75 percent on these new leases, which should help not only raise revenue but also raise domestic supply.

Two other actions also highlight the tightrope the country is navigating between environmental concerns and inflationary consumer pressure. The first was allowing the temporary sale of E85, or higher ethanol-blended gasoline, this summer to help bolster the gasoline supply and bring relief at the pump. Typically, E85 is not sold during the summer months (Jun. 1 to Sep. 15), as it is seen as more air-polluting and the warmer months see homeowners using more yard equipment such as mowers, leaf blowers, and weed whackers. Part of the Clean Air Act initiative was reducing smog and preventing higher emissions from 15 percent ethanol gasoline during the summer months. Allowing more ethanol in the overall blend should theoretically boost the total supply of gasoline and help tame prices.

Secondly, President Biden has been extremely active in releasing supplies of oil from the U.S. Strategic Petroleum Reserve in response to the Ukrainian crisis and rapidly rising oil prices. A Mar. 2 announced sale of 30 million barrels followed a recent 50 million barrel announcement back in November. The U.S. can later replenish these reserves, but these releases are taken as a response to inflationary pressures and pain felt by everyday consumers. 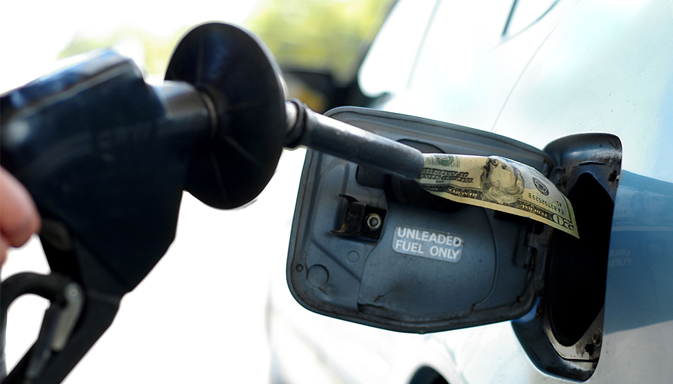