Reference pricing for Mexico sugar down slightly in early August

After two-plus months of slow appreciation, estandar pricing drifted marginally lower in the first week of August. As a result, estandar was nearly flat from the last four weeks but remains up YOY.

Refined pricing has moved sideways over the past few months but is up nearly a point from the four-week average and up modestly YOY.

Through the end of July, Mexico’s sugarcane crush campaign had reportedly ended, with total production near a three-year high of 6.185 MMT, up 8 percent YOY and up 4 percent from the five-year average. 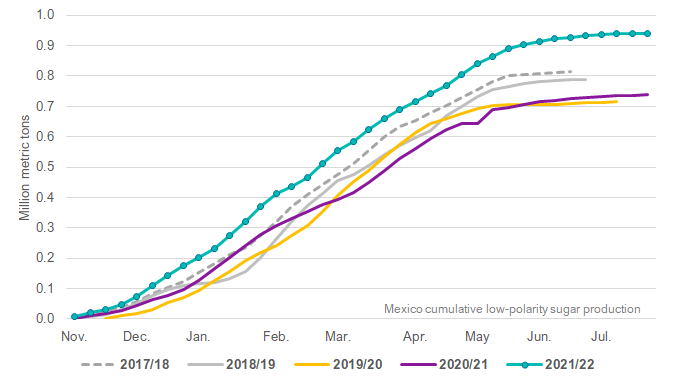