Over the next two weeks, below-average rains and seasonally warmer temperatures are expected across the northwestern and western Grain Belt. Such conditions will increase the need for timely rain, namely in the Dakotas and from northeastern Nebraska into Wisconsin.

As of Apr. 11, corn planting had begun in eight Midwestern states with Kansas and Missouri the furthest along at 8 percent planted. Light rains in most of the Belt should allow U.S. growers to get a decent number of corn acres planted by the start of May.

In South America, dryness in central and southern Brazil is expected in late April, which may increase crop stress for safrinha corn. Argentine corn and soybean harvests are in progress but are trailing their respective five-year averages, per Bolsa de Cereales. 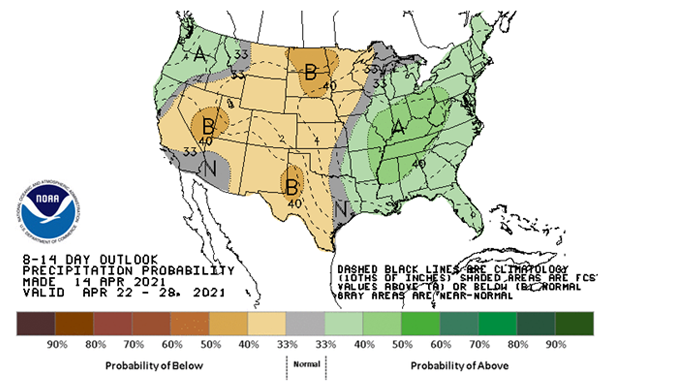