The start of the Russian invasion of Ukraine was quickly followed by the suspension of final permitting and approval of the Nord Stream 2 natural gas pipeline intended to bring Russian natural gas directly to Germany. This past week, the European Commission proposed a ban on imports of Russian oil. This comes in the wake of Russia’s halting of gas exports to Poland and Bulgaria adding to continued tensions in the region. The proposal is a further escalation of the use of key commodities and trade as weapons in a wider trade war triggered by the Russia-Ukraine war.

Russia has demanded payments for energy in rubles in what is seen as a scheme to help up its currency, which fell significantly following the unprovoked invasion of Ukraine—the ruble has since recovered sharply since its March lows. Although Poland and Bulgaria claim they have a strategy to diversify energy imports and have adequate reserves, these counties still lean heavily on Russian natural gas. Bulgaria typically buys as much as 90 percent of its fuel from Russia. Poland has sheltered refugees fleeing continued bombing, shelling, and missile attacks on major Ukrainian cities, and both countries have provided weapons or supplies to Ukraine. Russia’s halt of natural gas exports seems retaliation for the support these two countries are providing.

The EU relies heavily on Russian natural gas and crude oil to meet its massive energy requirements. Originally, the EU intended its ban on Russian oil to begin this week but faced resistance from other member countries, possibly concerned about the effect of similar retaliatory moves on their economies. A compromise proposal would include a three-month delay allowing countries like Hungary, Slovakia, and Czech Republic to shift their energy imports from Russia and other members Greece, Malta, and Cyprus to realign their shipping and supply chains.

Further debate is expected before a vote. Although there’s been much talk of sanctions and asset seizures, a far bigger question is how Europe plans to replace much of its natural gas and oil supply now coming from Russia. Massive investment in infrastructure projects such as pipelines and new terminals would be required to handle new imports and transport energy throughout the region. All this will take time. 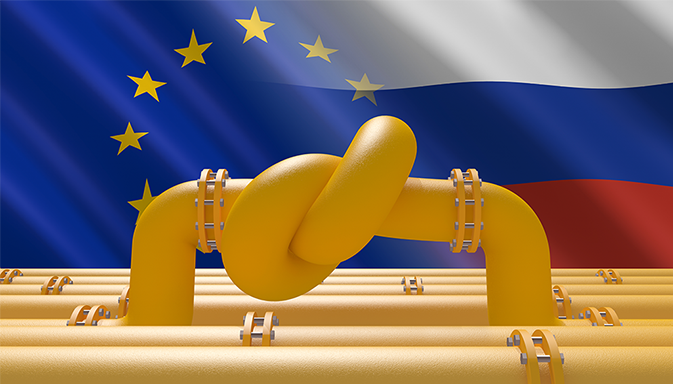