At June’s end, the U.S. Strategic Petroleum Reserve (SPR) dropped to its lowest level since the mid-1980s, a 35-year low. The Biden administration is continuing to use SPR withdrawals to bolster supply and try to bring reduce fuel prices and the oft-mentioned pain at the pump for consumers.
National inventories fell to 511.6 million barrels in the June report as President Biden visited several countries in the Middle East. The president traveled to both Israel and Palestine before making his final stop in Jeddah, Saudi Arabia, to meet with King Salam and Saudi Crown Prince Mohammed bin Salman.

President Biden has repeatedly urged the Saudi government to raise crude output to help tame inflation and bring prices of oil under control. The trip drew heavy criticism, and it is unclear whether OPEC+ will agree to raise output caps at their Aug. 3 meeting or allow oil prices to continue to trade north of $100 per barrel. U.S. refineries are already operating above 95 percent of gasoline refining capacity, and with the SPR falling rapidly—480 million barrels in mid-July—few options are left for the current administration.

Extreme summer heat is afflicting Europe as well as the U.S., with over a thousand heat-related deaths reported in Spain/Portugal, extended wildfires in France, and a new heat record of 104°F for London. Extreme heat also settled across the Southern Plains into Texas, with six states seeing temperatures above 105°F and the East Coast seeing its first prolonged heat wave of the summer with a week of temperatures above 95°F.

Electricity demand surged as millions turn to air conditioning for relief from the blistering heat. That demand for electricity is, in turn, driving up demand for natural gas for gas-powered generators across the country. And that demand has turned price action back to positive for NYMEX after the sell-off precipitated last month by a fire that interrupted gas exports out of Freeport, TX.

Western states did not fare much better, with July temperatures averaging 10 to 15 degrees above average, setting the stage for what will likely be the hottest July on record for the U.S. The heat is adding to stress on the aging electricity grid, and utility providers are asking users to adjust their thermostats higher, particularly across parts of the Southern Plains and the Texas ERCOT grid. The energy-hungry crypto-mining sector has already been asked to idle computers to reduce the burden on the grid and give priority to AC use. 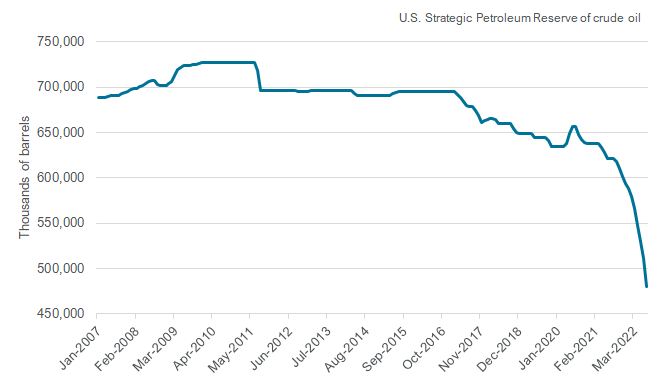