NOPA members reported crushing 179.5 million bushels of soybeans last month, down 2.5 percent from October and down 1 percent year over year. This season’s strong oil yield, however, allowed soybean oil production to top 2.11 billion pounds, up 5 million pounds from November 2020 and the highest volume for the month.

November soybean oil ending stocks, at 1.83 billion pounds, were nearly the same month over month—not an unusual dynamic for October-November, but the market had been expecting an even higher stocks level due to higher anticipated oil production. Because of significant stocks building during the final quarter of 2020/21, soybean oil stocks remained notably elevated YOY in November. 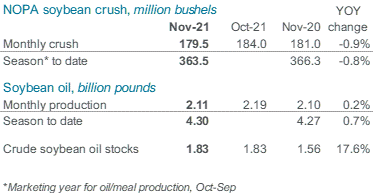 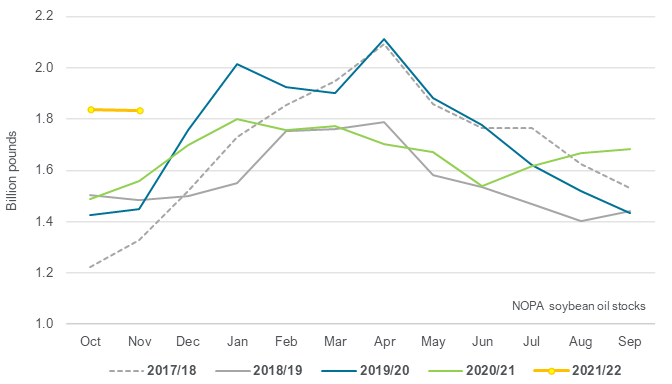