NOPA oil stocks up 7 percent from October: Stocks continued to rise seasonally in November, with 102.5 million pounds added despite a month-on-month decline in oil production of 113.6 million pounds. Soybean oil use for edible applications usually drops 5 to 10 percent in November vs. October. 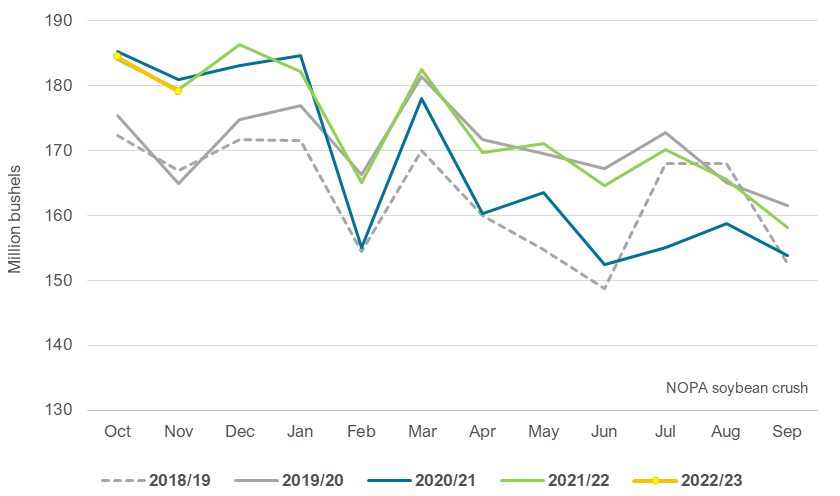