The 2020/21 soybean oil export marketing year closed very quietly—Q4 saw the slowest export pace since 2001—for both shipments and sales.

U.S. soybean oil exports during 2020/21 totaled 1.49 billion pounds per FAS weekly shipment data, 13 percent lower than USDA’s estimate of 1.715 billion pounds in the September WASDE. Historically, a variance of that size between FAS and WASDE was not unusual, but since 2014, the gap has been closer to 5 percent. Next week’s WASDE will likely bring a reduction in the 2020/21 export estimate, but it’s uncertain whether the new number will be below 1.60 billion pounds.

Sales of 2021/22 soybean oil totaled 187.9 million pounds as of the end of September, a small volume in line with USDA’s meager forecast of 1.25 billion pounds for the season. 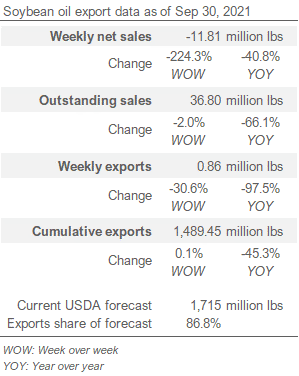 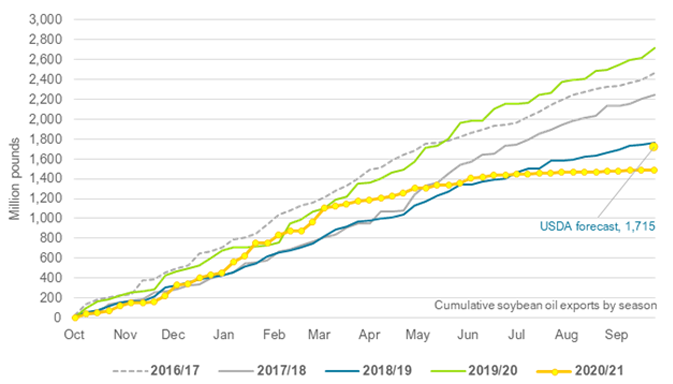