No change to 2020/21 soybean export estimate

This season’s cumulative exports as reported by FAS seem right on track to hit the estimate, but the eventual FAS total is almost always lower than the WASDE figure—between 1 and 4 percent lower since 2015/16. Further back, however, there were years when FAS was within a couple million bushels of the WASDE estimate, and maybe this season is a return to form.

China continues to take delivery of small volumes of U.S. soybeans, while most exports are headed to regular trade partners Mexico, Indonesia, and Japan. 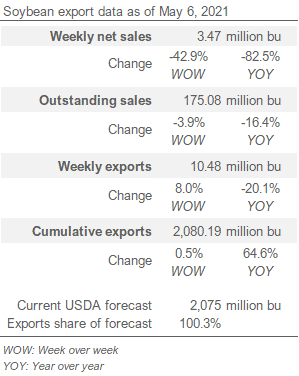 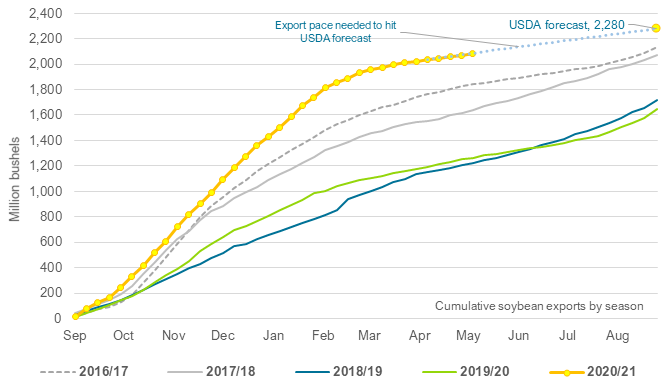