After sliding in late January, nearby Mar-22 NY cocoa rallied in the last four sessions, settling Wednesday straddling retracement resistance near $2,615. Dry, hot weather in West Africa, coupled with a downward correction for the dollar, seems to be supporting the market.

Per CFTC, managed money added to both longs and shorts. Net length dipped slightly on more new shorts than longs. Total managed money commitments are up about 9 percent YOY, as is open interest. 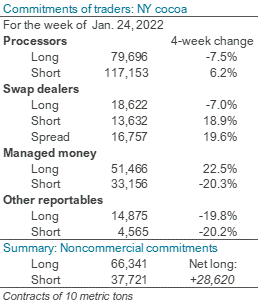 Mar-22 London cocoa also rebounded in the last four sessions after hitting a three-week low late in January. The contract broke its 20-day moving average Tuesday and made modest gains Wednesday to close near retracement resistance near £1,750. 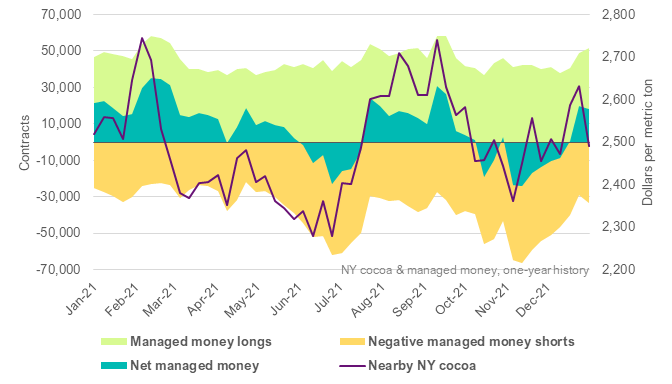