Moderate to extreme drought for 44 percent of contiguous U.S.

The southwest is seeing some return of North American monsoon rains, but the west and northwest are continuing to see dry weather, high temperatures, and poor air quality from wildfires. The central and south Plains are seeing some rains.

Meanwhile, 9 percent of the country was classed as being severely to extremely wet in July. 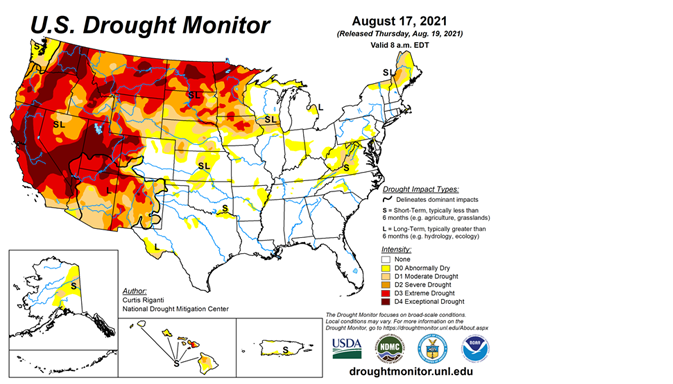