Midwest rains expected to pick up in late June

NOAA’s two-week outlook calls for above-average rain and below-average temperatures in most of the Grain Belt, which should be favorable for developing corn and soybean crops.

Expected rains have put some pressure on prices even as above-average temperatures dried out soils during the past week. Parts of the central-western and northwestern Belt are abnormally dry, including Iowa.

Most drier areas will receive some rain in the latter half of June, but it will likely only be enough for temporary relief, with additional rain needed by early or mid-July to prevent significant crop stress. 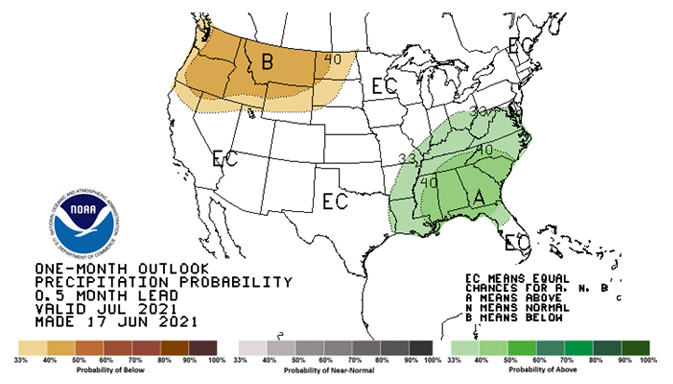