Regulators in Ivory Coast finally acted in response to lax sales of midcrop beans and building inventories in country. Midcrop beans tend to be smaller in size, have a higher shell-to-nib ratio, and are lower yielding.

Given the decline in combined ratio and narrowing cocoa processing margins, demand for beans had been dropping, particularly for lower-quality beans that are harder to run. Much of this crop is typically used as a feedstock by in-country processors in the port cities of Abidjan and San Pedro or exported to Asian processors.

However, the drop in cocoa processing margins has many of these operators idling operations or throttling output. Upwards of 100,000 MT to 150,000 MT of current midcrop beans in Ivory Coast may remain unsold. Regulators announced that they would be reducing the in-country bean premium from a £70 premium to a £250 discount (about US$443), which more than offsets the newly implemented LID (living income differential). The move could serve to stimulate demand and reduce unsold stocks.

The goal of CCC, Ivory Coast’s cocoa regulator, is to sell at least 555,000 MT of beans in February, which would represent the bulk (90 percent) of the upcoming midcrop starting in April. The move seems to have boosted export demand from 180,000 MT in January to 460,000 MT last week.

Many buyers of beans had been protesting the high price of cocoa beans, which now combines the LID with the traditional country premium, and had even threatened to boycott or renegotiate contracts. We expect the government of Ivory Coast to resume more normalized country premiums and collection of LID for next season’s main crop. However, one impact of the LID is obvious, undermining the valuation of the historic “in-country” premium, highlighting how buyers seem resistant to the idea of paying a “double” premium for essentially the same quality beans. So, this may be an example of one step forward against one step backwards. 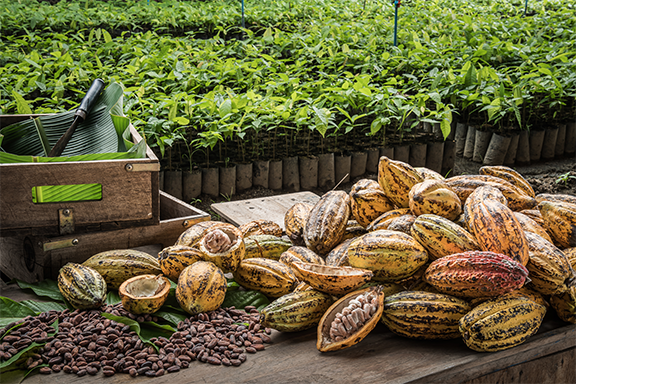