March soybean crush up from February, down YOY

NOPA processors’ March crush, 178.0 million bushels, was down 2 percent from last March but still the second highest on record for the month and reflected a good recovery from February’s low volume.

Soybean oil yield in March was 11.84 pounds per bushel, an 18-month high, and allowed oil production to post slight year-over-year growth at 2.11 billion pounds. The monthly add to stocks was modest, though, as demand remains strong: March soybean ending stocks were around 1.77 billion pounds. 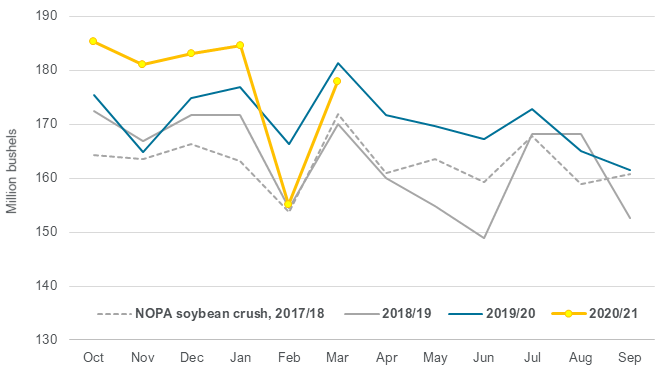