Malaysia produced 1.14 MMT of palm oil last month, down 117,000 MT from January but still posting another month of year-on-year growth thanks to low production in early 2021. Production should rise in March and April, but total output is expected to be lower than in 2020.

Exports showed a strong increase over February 2021—but Malaysia’s exports during January and February last year were pressured by supply problems. Jan-Feb exports were near 2020 levels but well below historical volumes for the period.

Monthly ending stocks during the first two months of the year split the difference between 2020 and 2021, but in other words, they remain on the low side, with little margin above monthly production. 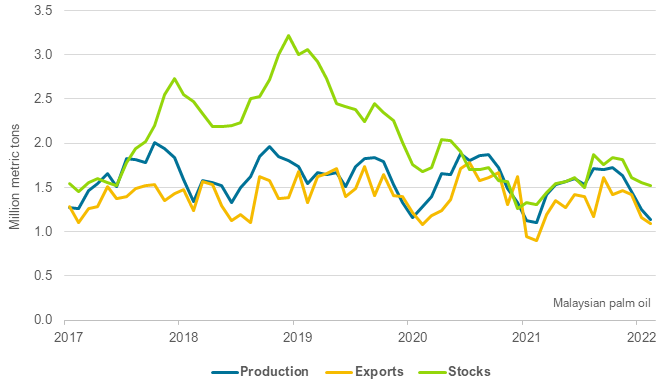