Lack of water blamed for power outages across Ivory Coast

Government officials are blaming lack of rain and low reservoir levels used to feed hydroelectric power plants as the cause for rolling blackouts across the country. Major port cities like Abidjan that are the industrial engines in the country and major centers of population, not to mention the key exporting hubs of a majority of the world’s supply of cocoa beans, have seen plants shut down due to lack of power.

Although government officials are citing lack of water and shortfall in hydroelectric power as the main cause for the outages, mechanical breakdowns and reliability of natural gas-fired generation facilities, like the Azito power plant in the suburbs of Abidjan that supply 75 percent of the country’s electricity, are also to blame. Likewise, it is the combined power generation of both gas and hydroelectric that enables the Ivory Coast to export just over 10 percent of its power to six neighboring West African countries (Ghana, Burkina Faso, Togo, Benin, Liberia, and Mali). So obviously, it is a confluence of factors, with the lack of rain and low water levels contributing to the overall problem.

An industrial confederation comprised of some of the country’s biggest businesses has already sent a letter to government officials warning them of negative potential impacts that could be felt this summer as industrial output is hampered by implemented blackouts caused by a 200-megawatt shortfall in power.

In recent years, the West African region has become a major hub of global cocoa processing with GEPEX reported grind having grown 34 percent over the past five years, now representing nearly 13 percent of the total world’s grind. Both Ivory Coast and Ghana process a large percent of the regions mid-crop and are a key part of the supply chain for both processed liquor and boxed export cocoa butter. A shutdown in activity could lead to firming margins and ratios in the cocoa products market as the supply is expected to tighten.

There are incidental reports from those in cocoa processing that plants have been forced to throttle back to 25 to 50 percent capacity utilization due to rolling blackouts. Clearly, adequate rains in the months ahead will be needed not only for the trees to generate a crop of sufficient size, but also on the back end to supply all the power needed to produce the products to fuel the supply chain and export demand. 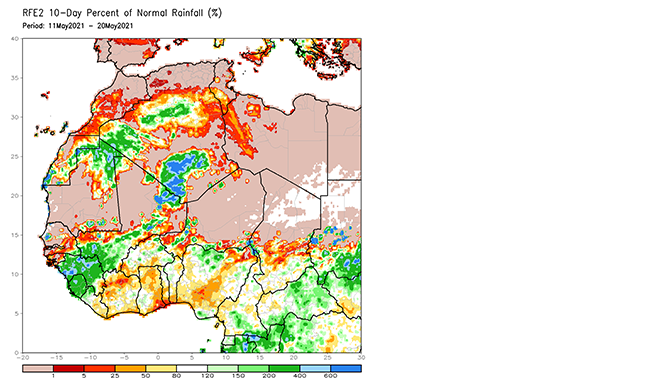