Soybean crush slowed down seasonally in June: NOPA members crushed 164.7 million bushels, down 4 percent from May and the lowest crush since last September—but still up from last season’s level.

Crush in 2021/22 has closely followed 2019/20’s pace since February, and if it continues to do so in July and August, total crush should meet USDA’s current projection of 2.205 billion bushels. (USDA lowered 2021/22 crush by 10 million bushels in the July WASDE, expecting July/August crush to be impacted by tight supplies.)

June soybean oil stocks were higher than expected at 1.77 billion pounds, nearly unchanged from May and up 15 percent YOY. 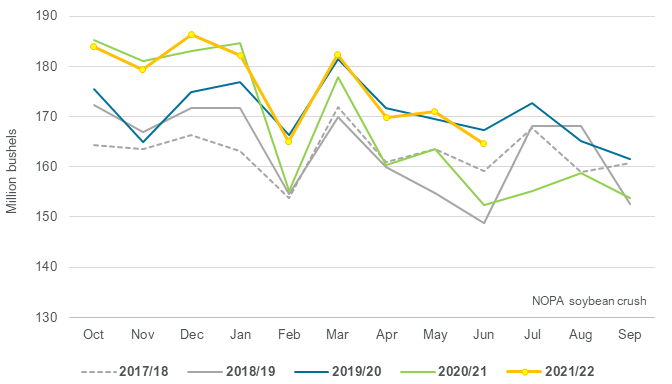