NOPA members reported crushing 152.4 million bushels of soybeans in June, the lowest monthly crush since June 2019 and down 9 percent from a year ago. The industry had anticipated a decline in crush from the May volume, but expectations were closer to 159 million bushels; scarce and expensive soybeans prevented crush from reaching that level. Despite missing expectations, however, June’s crush was still the third largest volume for the month.

The slowdown in crush allowed processors time to begin plant maintenance, which this year might be more lengthy for plants that were not able to perform their usual full maintenance routines last year during pandemic restrictions.

Soybean oil yield was 11.8 pounds per bushel, down slightly from May. Soybean oil stocks reflected a decline of 133.3 million pounds from May and were down almost 14 percent year on year. 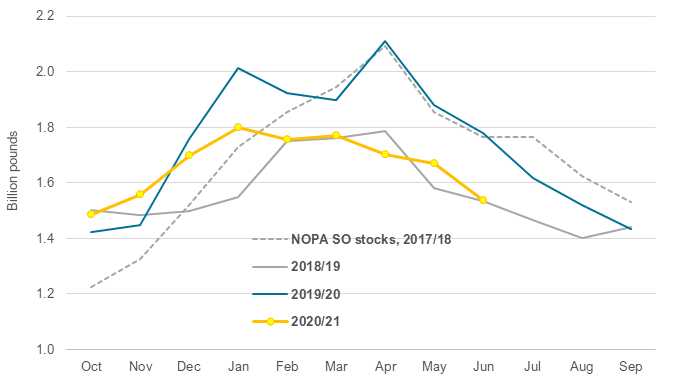