Per The Financial Express, production is seen below expectations in the key cane states Uttar Pradesh, with unseasonal rains contributing to a drop in production of some 2.4 MMT of sugar this season. Maharashtra’s output, however, is seen up around 4.1 MMT from poor production last season. Other states may see modest increases.

ISMA had previously estimated that ethanol manufacturing would lower Indian sugar output by over 2.1 MMT. Currently, taxes in place should encourage higher blending by the domestic fuel industry, with the sales tax on ethanol cut from 18 percent to 5 percent in 2018. 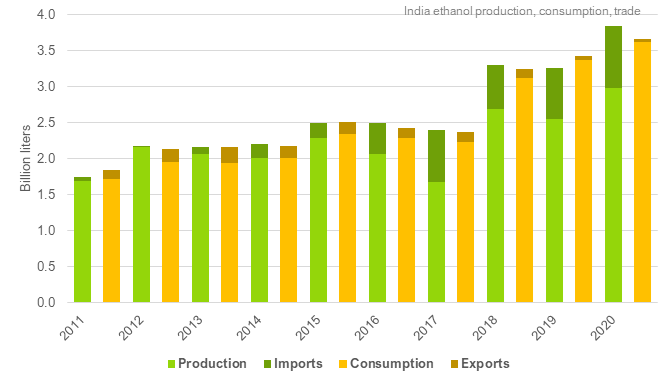