Next April, some Indian gas stations will begin retailing gasoline with a 20-percent ethanol blend, per the Business Standard.

India is estimated to be the fifth-largest manufacturer of ethanol. The Modi administration has pursued bioethanol fuel use aggressively for several years to increase the country’s energy independence and improve its balance of trade and support its sugarcane industry.

With various policies in place to encourage ethanol consumption and use, ethanol manufacturing from other feedstocks, such as rice straw, is now also under construction. More recently, the government announced that several automobile makers plan to market vehicles with flex-fuel engines, per the Financial Express. 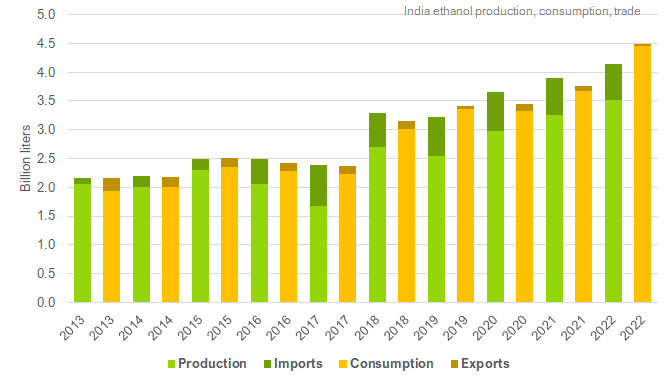