Hurricane Ida may hit Louisiana as early as Sunday

Hurricane Ida has developed off the southwest coast of Jamaica. Early track forecasts have the storm’s eye headed northwest for the central Louisiana coast, making landfall as either a Category 2 or 3 hurricane, some say maybe close to a Category 4, between late Sunday, Aug. 29 and early Monday, Aug. 30.

Should Hurricane Ida follow the projected track, its winds would likely cause some sugar cane lodging, and its rains may cause some flooding in southern Louisiana ahead of the 2021/22 harvest. Some damage to rice and cotton crops is also possible.

Confidence in the storm’s track is still low at this point, and a shift in its direction would significantly alter potential damage to crops and infrastructure. 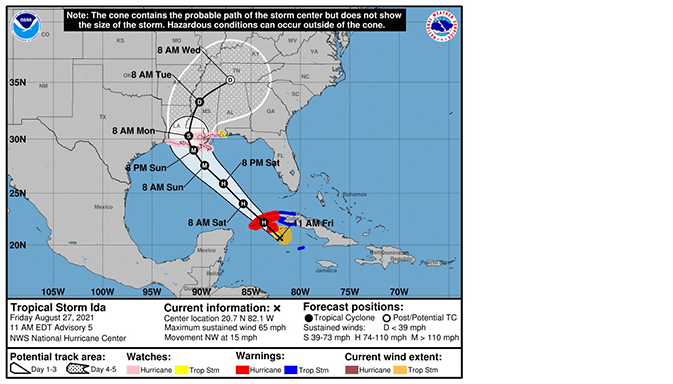