Harvest conditions for corn & soybeans in Mato Grosso may improve

During the week ending Feb. 12, Brazil’s soybean harvest advanced to 9 percent complete, up 5 points on the week but about 11 points below the five-year average.

More rain is expected in northern Brazil before March, which would further delay harvest. However, less rain in key producing state Mato Grosso is expected to be favorable for soybean harvest and safrinha planting over the next two weeks.

Brazil’s safrinha corn, expected to make up over three-quarters of 2020/21 Brazilian corn production, was 11 percent planted, 20 points below the five-year average, per AgRural.

In Argentina, dryness is expected from late February to early March, particularly in the southwest. If realized, this could stress developing corn, potentially lowering yields. 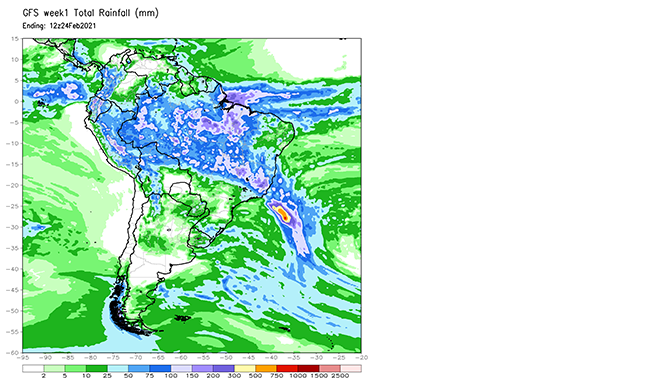